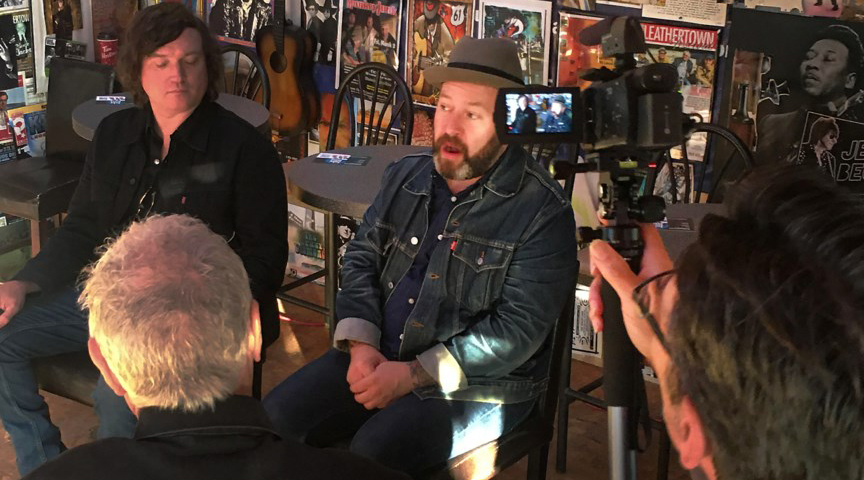 There’s a little place just outside Acton that’s quietly been making a big splash on the blues music scene for many years.

The movie from CA14 Productions, entitled The Juke Joint in Acton – A Blues Community, is a labour of love for producer Eric Doubt, a blues lover from way back, and director Peter Perko, who plays multiple instruments.

“When we first encountered the Juke Joint a couple years ago, it just impressed us so much,” said Doubt. “It’s underground, off the grid. It’s not a place for public performances. But it’s got this terrific fan base that’s all connected by relationships and word of mouth.”

Juke joints around the world are musical gathering spaces often found in someone’s home and are considered to be the birthplaces of blues.

In Acton, the invite-only phenomenon was founded in the early 2000s by former promoters and festival organizers Kim Duncanson and the late Stewart Laing as a place to celebrate the blues and its sister genres, offering up a unique performance platform for musicians.

“The only motivation for the organizers was to give back to the community – to give musicians a really nice venue to perform in,” said Perko.

“As we experienced more of the Juke Joint, we wondered if other places like this existed in other communities. It’s a more ubiquitous phenomenon than we even realized.”

On those special nights when the Juke Joint opens its doors, the place comes alive with music and a sense of community as everyone from Juno Award winners to aspiring musicians has a chance to perform.

“It’s so charming, the camaraderie amongst the fan base there. Everyone is so closely-knit,” said Doubt. “And it’s a tremendous opportunity for musicians because after two or three groups play, there’s a jam session for anybody who wants to bring an instrument. Sometimes there are newbies and they’re playing with Juno winners.”

The movie is slated for release in early fall and will feature a documentary that’s at least an hour long about the Juke Joint, followed by a concert portion.
A volunteer committee has spent the past year and a half working on the film, with Doubt and Perko now hiring an editor and post-production talent to bring their vision to life.

To help offset this cost, the CA14 Productions team is running a sponsorship program to get businesses engaged in the project. Mike Francis of Desjardins Insurance has come on board as a founding corporate sponsor, while Sherwood Copy is serving as a print sponsor.

Local residents who are interested in supporting the movie can also do so through a GoFundMe campaign, PayPal donation and cookie dough fundraiser through sponsor Terra Cotta Cookie Co.

A portion of the fundraising proceeds will be shared with Guitars for Kids Toronto, which collects and spruces up donated guitars so that more children can develop their musical talents.